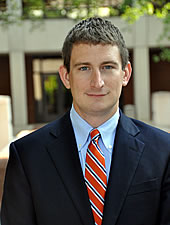 Trade secrecy is unique among the major intellectual property (IP) doctrines because it is governed primarily by state law. Recently, however, a number of influential actors — including legislators, academics, and organizations representing IP attorneys and owners — have proposed creating a private civil cause of action for trade secret misappropriation under federal law. Proponents assert that federalizing trade secrecy would provide numerous benefits, including substantive uniformity, the availability of a federal forum for misappropriation litigation, and the creation of a unified national regime governing IP rights.

This Article engages in the first systematic critique of the claim that federalizing trade secrecy is normatively desirable. Ultimately, it concludes that there are multiple reasons for trade secrecy to remain primarily the province of state law, including preservation of states’ ability to engage in limited experimentation regarding the scope of trade secret protection and federalization’s potential negative impact on the disclosure of patent-eligible inventions. Finally, it proposes an alternative approach — a modest expansion of federal courts’ jurisdiction over state law trade secret claims — that can help address the issue of trade secret theft without requiring outright federalization.