Mark Drumbl was appointed external reviewer on a large project initiated by the International Nuremberg Principles Academy that examines the deterrent effect of criminal prosecutions on the commission of crimes against humanity, genocide, and war crimes. The project, which is edited by Jennifer Schense and Linda Carter, is entitled Two Steps Forward, One Step Back: The Deterrent Effect of International Criminal Tribunals. It includes ten case studies: Kosovo, Rwanda, Serbia, Kenya, Sudan, Uganda, Sierra Leone, Central African Republic, Cote d’Ivoire, and the DR Congo.

The book was launched in early November at a commemorative event held at the 70th Anniversary of the Nuremberg Trials in Courtroom 600, the venue where the 22 high level Nazis were prosecuted by the International Military Tribunal. A follow up book launch was held at the International Criminal Court’s Assembly of State Parties in late November in The Hague. Professor Drumbl spoke about the prospect of deterrence for international crimes at both of these events. He has written extensively on the topic, beginning with his 2007 book Atrocity, Punishment, and International Law (Cambridge University Press). 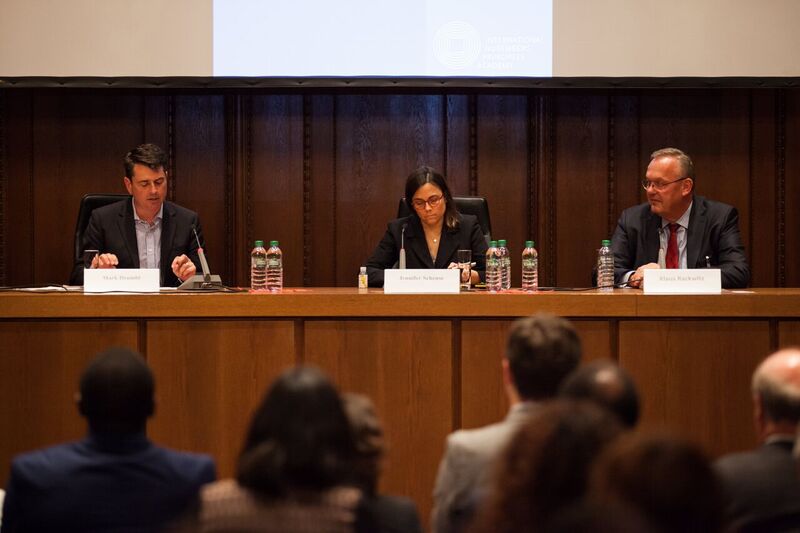 Following on that event, Professor Drumbl will give lectures this week at the University of Warwick and the University of Leeds in England on topics related to post-conflict justice. In October he participated in an on-line symposium on the politics of the Colombia peace negotiations. His contribution, entitled ‘Peace and justice in Colombia — I fought the law and the law won’, appears here.