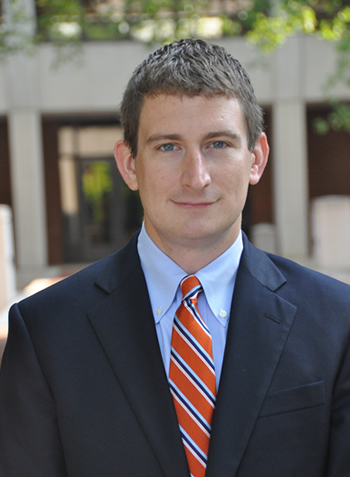 Washington and Lee Law professor Christopher Seaman has published an article in the latest issue of Akron Law Review. Seaman co-authored the work, “An Inside History of the Burger Court’s Patent Eligibility Jurisprudence,” with Sheena Wang, a third-year student also at W&L Law.

Seaman and Wang analyze the U.S. Supreme Court’s historical perspectives the on the scope of innovations eligible for patent, focusing on the technological boom years of the 1970s and early 1980s that saw several important rulings that helped define the landscape of patent jurisprudence to this day.

For insight into the decades-old patent eligibility decisions, the authors examined archival material held by the Lewis F. Powell Jr. Archives, housed at W&L Law. Serving from 1972 to 1987, Justice Powell was one of the “swing” votes on the Court under Chief Justice Warren Burger.

The archival sources revealed previously unknown aspects of the Court’s decisionmaking, including two justices changing their initial positions while deliberating Parker v. Flook (1978), and Powell himself expressing regret for his majority vote in that case, which he later countered in the overturning case of Diamond v. Diehr (1981). The cases concerned the patentability of mathematical algorithms and computer programs for manufacturing processes.

“We also find evidence that the Justices and their clerks often struggled with the technological complexity of these new innovations in assessing their patentability, frequently commenting that Congress was better body for addressing such issues,” writes Seaman. “We then offer several implications from these findings for the ongoing debate regarding the scope of patent eligibility.”

Seaman’s article can be downloaded free of charge, both in the W&L Law Scholarly Commons digital scholarship repository and from SSRN.

Christopher Seaman is Associate Professor of Law and Director of the Frances Lewis Law Center at W&L. His areas of research and teaching include intellectual property, patent law, election law and voting rights, and property law.