Professor MacDonnell Says Being, and Appearing, Honest Are Key to Supreme Court Credibility 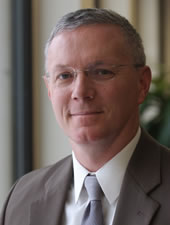 MacDonnell argues that, because the U.S. Supreme Court resolves the nation’s most important and divisive disputes, the Court must rely heavily on the persuasive force of its opinions for a public perception of credibility and good faith. That the Justices appear to be honest in reaching their decisions, not only that they actually are, is critical to that persuasive force.

“Politically charged cases, changes in a Justice’s thinking on an issue, and the treatment of precedent, all present the potential for appearing untruthful,” writes MacDonnell. “By approaching these situations with special care and refuting counter arguments, distinguishing cases, and explaining apparent jurisprudential changes, Justices can enhance the apparent honesty of their opinions.”

Timothy MacDonnell is a Clinical Professor of Law and Director of the Advanced Administrative Litigation Clinic (Black Lung) at W&L Law. His areas of research and teaching include criminal law and procedure, evidence, and administrative law. Prior to academia, MacDonnell served in various positions as a legal officer with the Judge Advocate General Corps of the U.S. Army.