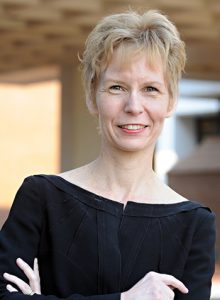 Washington and Lee Law professor Nora Demleitner has published a new article in the Federal Sentencing Reporter, entitled “State Prosecutors at the Center of Mass Imprisonment and Criminal Justice Reform.”

Demleitner, a noted expert on topics of criminal law and procedure and an editor of the Federal Sentencing Reporter, highlights the extensive influence that prosecutors wield over the size and growth of the U.S. criminal justice system, often with little oversight or accountability. As a case study, she examines prosecutors’ actions to decrease jail admissions and allow for early releases in the ongoing COVID-19 crisis, and discusses limitations to prosecutorial authority from judges, legislators, and voters in most jurisdictions. Recognizing an emergence of “progressive prosecutors,” whose choices and policies align with new social and political considerations, Demleitner also suggests that the role of prosecutors will continue to expand, not only in the criminal justice system but also in our communities.

Demleitner joined W&L Law in 2012 and is the Roy L. Steinheimer, Jr. Professor of Law. She teaches on topics including criminal law, evidence, and health law, and is lead author of the casebook Sentencing Law and Policy: Cases, Statutes and Guidelines. Connect with her on Twitter: @NDemleitner.